Why I'm Okay with Sucking at Running (for now) 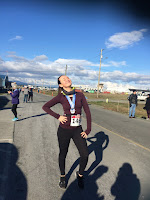 Sometimes (most of the time) it can really suck to suck at things. When I started running again after a year-long hiatus, this one really slapped me in the face. After a mere 5km, my body was aching, but my ego was hurting a whole lot more.

Previously (see pictured), I had run 5-12km daily, completing half-marathons like it was my second job.

Fastforward to this month, after my first few runs, I was embarassed that I had told anyone that I had started running again. I love being aroud people, but I suddenly longed to live in a deserted town with myself and maybe a nice dog or cat to keep my company. That way, no one could see me absolutely suck at running!

After a while, though, Canadian psychologist Jordan Peterson's words came to mind: "it's better to do something badly than to not do it at all."

I repeat: it is better to do something badly than to do nothing at all.

Well ain't that the truth?!

This quote couldn't be more applicable to me as I struggle through 5km runs that I used to glide through with ease (and speed)!

We all start awful at the things we become experts at, and while we may not seek expertise in every hobby we pursue (enter: running), it is so important to suck at things. Because it's so important to find the things that bring us fulfillment and joy in life.

How else do you think Michael Phelps became Michael Phelps or how Ellen Degeneres became Ellen? One thing I know for sure is that they didn't start as olympic athletes and comic genuises. They almost certainly started by sucking at their trades. What sets them apart from the crowd is determination (and I'm sure some talent mixed in there too).

So, the next time you consider taking up a new hobby, consider this: we all once sucked at the things we are best at now. Whether you choose courage and pursue the things that excite you, however, is entirely up to you. 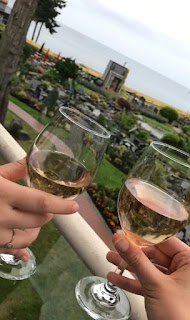 We've all done it. We accomplish something that took approximately 37 hours of self-doubt, 33 emotional breakdowns, 24 rejections, 6 significant setbacks and at least one massive "WHY AM I EVEN DOING THIS?!" and then, it happens. We finally get it. The move to a new city, the proposal, the family, the university, the scholarship...it arrives. And whatever "it" is, you're over the moon. The champagne is popped, friends are celebrating with you and life is good.

Naturally, we also want to share this achievement with our friends and family online.
As if it is no difficulty at all, the posts tend to go something like this:  "See ya in a couple of months, Harvard! So grateful that this scholarship will take me through university #lifesgood"

"Loving you is easy. Can't wait to marry the love of my life." 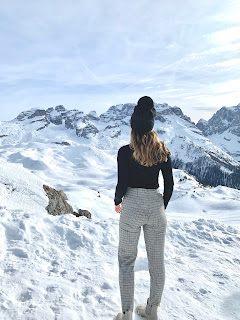 Why "I'll be happy when..." narratives aren't worth your time!

Raise a hand if you have an “I’ll be happy when...” narrative in your mind!
Although I would never have admitted it before, “I’ll be happy when I’m a size 2” is something I've been telling myself for years.Well guys, I did it. The other day while shopping, I tried on a pair of jeans which were a size below my previous size. Too big. Then another size down. Still too big. I had finally arrived at the size the media and I had been certain would make us all happy, beloved and beautiful!

I had finally achieved one of my lifelong "I'll be happy when..." goals!

But something was wrong. I didn’t feel happy or beautiful or beloved the way media had let me to believe I would feel at a size 2, and I certainly wasn’t jumping up and down in excitement like I had told myself I would be if I ever reached this size.I looked at myself in the mirror in those coveted size 2 jeans, andstill, I felt inadequate. I still looked at my reflection wishing my thighs were more toned, my abs more …